This year’s SUA weekend was held in London (6th-8th November) which meant it was the UL’s turn to host.

The weekend began with some very pleasant ringing at St Mary le Bow (12 bells, 41-3-21) in the evening. There was a very good turnout of ringers, enough for at least two bands. The night concluded with a few laughs down the pub.

Saturday started with breakfast/drinking at the Liberty Bounds. It gave a good opportunity for everyone to meet up, as roughly half just turned up for the Saturday (including myself). The Liberty Bounds was a very good meeting point as it was only a 2 minute walk from St Olave’s, Hart Street (8 bells, 11-3-23) where the 8 bell striking competition was taking place. The competition started at 11:00 and UL were drawn at 11:40. By the time it was our turn to ring, the weather had taken a turn for the worse. Fortunately, the ringing wasn’t compromised and the band rang some very good Grandsire Triples, which Richard Pullin conducted from the tenor. We then returned for lunch at the Bounds, where the results would be announced.

Once all the bands had rung, the judges, Mike Trim and Edward Hughes-D’Aeth, joined us at the pub, where they were ready with the results. They blamed any inaccuracies on a few tourists asking them for directions during the ringing. However, the results concluded with the UL being triumphant. This was slightly expected as most of the band ring at Hart Street most Thursdays.

After the 8 bell competition there followed open ringing at Christ Church, Spitalfields (8 bells, 17-1-6). Happily the rain had passed which made the day much more bearable. Richard was in charge of the ringing here where there was a good turnout of approximately 30 University ringers. Fortunately, it was a large ringing chamber so it didn’t feel too cramped. The bells were very easy going, so we managed some very respectable ringing.

Then followed the 6 bell competition at St. James, Garlickhythe (8 bells, 9-1-25). We were drawn first as a few of the UL ringers had to rush off to the College Youths dinner afterwards. We rang Grandsire Doubles, again called by Richard. The test piece was rung well and didn’t have any major hiccups. The waiting area for the competition was in the Hatchet where many students could get back to drinking. The 6 bell competition gave the opportunity for ringers who didn’t ring in the 8 bell to be part of scratch bands. Many of these bands rang some unusual, but amusing touches, such as backwards Cambridge Minor. This made the Judge’s job, Peter Emery, much more difficult than a conventional striking competition. Amazingly, the UL won again.

During the time between the 6 bell competition and the ceilidh, everyone was welcome to eat dinner wherever they liked.

The ceilidh took place at Hart Street church hall, where there was a band of musicians waiting for us. There was good amount of people to fill the hall and there was beer on draught to help with the dancing.

I didn’t attend any of the Sunday morning ringing, but I heard nothing really eventful happened and it was service ringing as normal.

Overall, the weekend was very well led by the UL. Thank you to those who helped organised it (Nix Ruberry & Chris Brown). 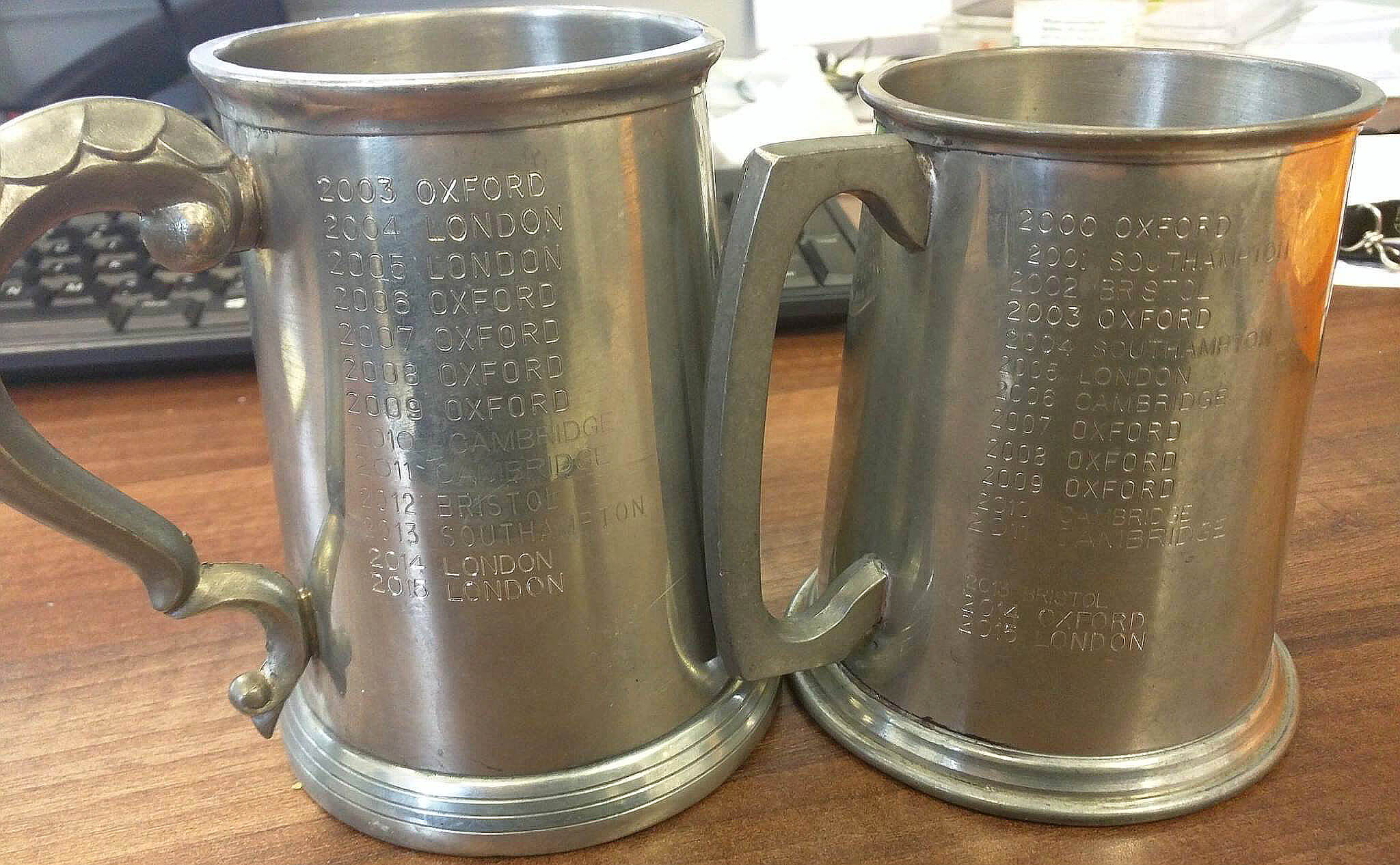