As a Fresher myself, it was my first tower tour as part of the UL band. This year’s tour took place around the Epsom area, and promised to be a great day from the off! After waking up early and travelling an hour on the train, I arrived at the first tower in Leatherhead, where the ringing had already begun. Following a successful ring on the 10 bells, we all made our way to the next tower which was a few minutes drive to Ashtead. Despite being there in perfect time, nobody had turned up to let us in! Despite this, we were quite happy sitting in the sun and eating the Halloween cupcakes Charlotte Ellis had kindly made for everyone! Just after we’d had a group photo together outside the church, someone turned up to let us in. I was put in charge of running this tower which was rather daunting at first, but we had a good range of ringing from rounds and call changes to spliced surprise methods.

Onto a well-deserved lunch, where we could all catch up on the day so far and tuck into some food. We had over 2 hours for lunch, which was especially useful because I had left my bag in the church at the last tower! Thanks to Chris for driving me back to get it! It didn’t feel long before we were moving onto Epsom. Possibly the smallest ringing chamber I have been in, which surprised me with it being a 10 bell tower. It was also the fewest steps I have ever climbed to get to a ringing chamber, which is always a bonus! As Jacqui was telling me, this was the church her and Chris had their wedding, so it was nice to be able to ring here.

Finally we headed to Banstead, a rather unusual looking tower with lovely sounding bells. It was the only ground floor ring of the tour and a great 8 bell ring to finish off with. Grandsire and Stedman triples were two methods concentrated on at this tower, both rung well. It was great to spend the day with the band and get to know more of the lovely people who part of ULSCR! Thanks to Jacqui and Chris for organising the day, everyone had a great time. 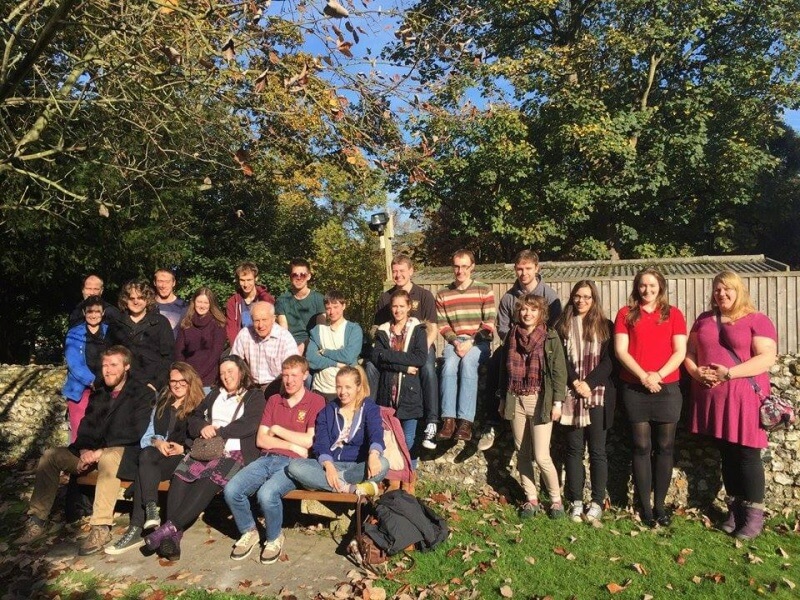