As in previous years, London theatre offered cheap tickets in January/February and as always we took full advantage!

The choice this year was Lord Andrew Lloyd Webber’s musical “Cats”. The only piece of drama was being told earlier in the day that Jenny Willis was in Barcelona but was on track to get back in time for the performance. We left Jenny’s ticket in the box office & stationed Chris outside to meet her. She eventually arrived 3 minutes before the performance started!!

I think for those who were seeing it for the first time were a little baffled by the amount of ballet involved. Unfortunately a couple of songs were a little different from slight changes in “Mungojerrie & Rumpleteazer” to the complete annihilation of “The Rum Tum Tugger”. On the whole everyone enjoyed themselves and we all went for a drink afterwards.

Ps: here is an extract from: Jellicle Songs For Jellicle Cats! 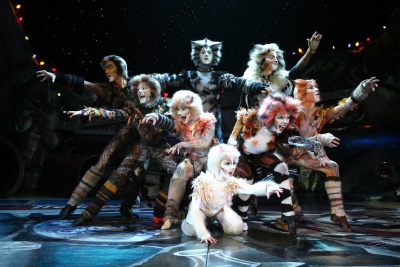 “Are you blind when you’re born? Can you see in the dark?
Dare you look at a king? Would you sit on his throne?
Can you say of your bite that it’s worse than your bark?
Are you cock of the walk when you’re walking alone? 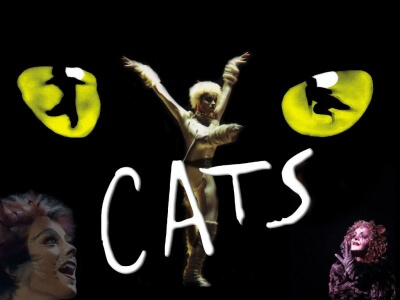 When you fall on your head, do you land on your feet?
Are you tense when you sense there’s a storm in the air?
Can you find your way blind when you’re lost in the street?
Do you know how to go to the heaviside layer?
Because jellicles can and jellicles do