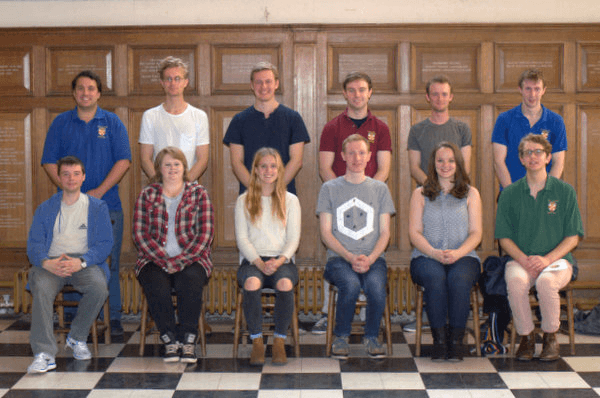 On the morning of the 22nd October, 2016, several ringers, including several UL ringers gathered at the church of St Sepulchre’s, for the much anticipated London 12 Bell competition. This year the competition was hosted by the College Youths!

The draw was to be held at 1030, and the UL were drawn second. I have to say, I was a little concerned when I realised 25% of the band was still in a bank just a few minutes before we were due to ring, and was rather relieved when I saw them appear through the door of the church.

10 minutes before our ringing time (1120) we gathered at the bottom of the tower, naturally in circle formation. We had a small panic when we only counted 11, but we soon realised our twelfth was already up the tower ringing for his other team.

Nerves kicked in as we stepped into the ringing room, we had the challenge of ringing between the ASCY Alpha team, and the SRCY team, so the standards were set to a high level.
Despite the nerves, we rang very well, with no method mistakes! Hills set a great rhythm on the tenor and the rest of the back bells helped keep this rhythm going, well done!

An early slot for us meant we had plenty of pub time, which we were all very grateful (although many were ungrateful the next morning). We gathered around a large table in the Butchers Hook and Cleaver, near to Smithfield market, and the beer was flowing. Many pints of Oliver’s Island were consumed.

Luckily for some of us, the drinking was broken up a little bit (it helped pace ourselves!) by some wedding ringing at St Lawrence Jewry. As the bride was late, Hills decided to try to make friends with the fish in the pond, while Richard fell asleep. They claim they were not that drunk…

Shortly after the wedding ringers’ return, the results were announced. The UL managed a very respectable 5th place, which I am certainly proud of. We managed to beat Southwark (sorry), and one of the ASCY bands (Aleph).

The end of the results meant the start of a rather heavy drinking session. There was a lot of singing, unfortunately not that tuneful, and a lot of funny memories. 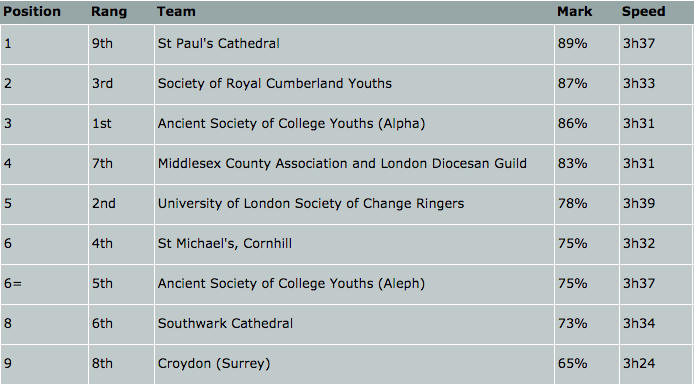