Rachel’s last practice began in the usual way, with a couple of drinks at the Bounds. I was very excited when I discovered that Spoons have a ‘Gin Festival’ – G&Ts were cheaper than usual, and there were lots of different gins to try. I carefully selected one from the ‘gin menu’, and then was told that they didn’t have that one. Or the next one. Or the one after that. ‘We have Gordon’s, would you like that?’ asked the bartender. I gave up and got a pint instead.

At 7pm, we moved to the tower to start ringing, eating and drinking. The gin came out of the cupboard, and the table was soon piled high with crisps and cupcakes, but no sausage rolls! Chris brought some homemade marmite rolls, which disappeared very quickly!

Many things were rung, from call changes to surprise major. At 8:30 we rung down, and Rachel asked if we wanted to go to the pub, or stay in the tower where there was plenty of food and drink left. This was the turning point of the evening. Being students, we obviously opted for the cheaper option – staying in the tower. There were Jaeger Bombs. So many Jaeger Bombs.

At some point, the handbells came out, and there is now video evidence that the UL can ring plain bob doubles in hand – as long as each person only has one bell! The memories are a bit fuzzy after this point, as I realised that I had missed the last train home, and would probably have to stay in the tower overnight (can I take this chance to ask – who does the sleeping bag actually belong to? No one seems to know!).

From what was discovered in the tower on Sunday, it seems that we got out the disco balls, found some bow ties in the cupboard, and tipped a whole bag of crisps on the floor. The last of us left the tower at 2:30am, and I did manage to get home eventually, with a little help from an Uber, and from Tom, who managed to unite me with the Uber after my phone stopped working.

Thank you to Rachel for a fantastic last practice, and we wish you and George all the best in Bristol! 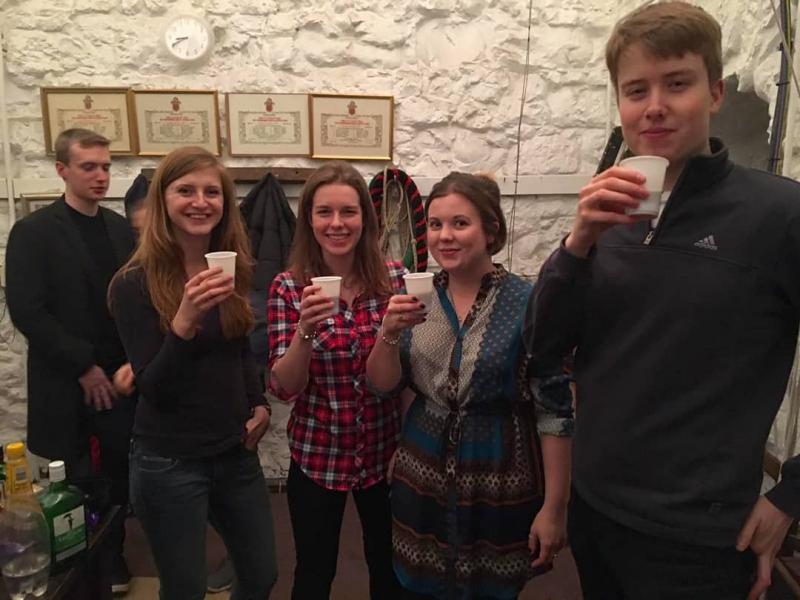 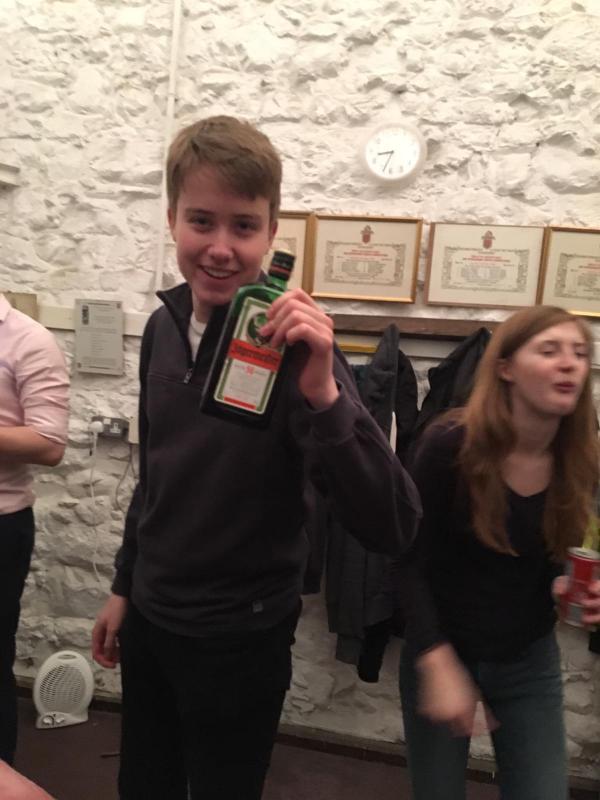 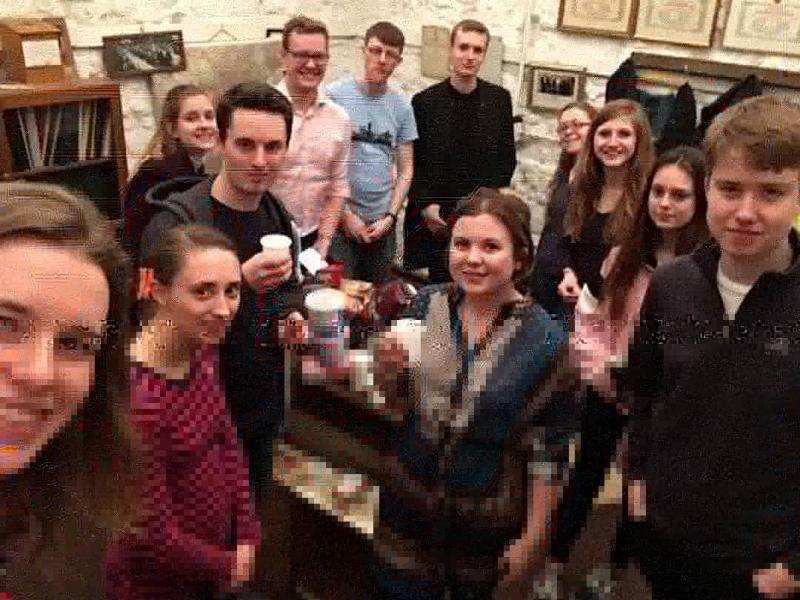 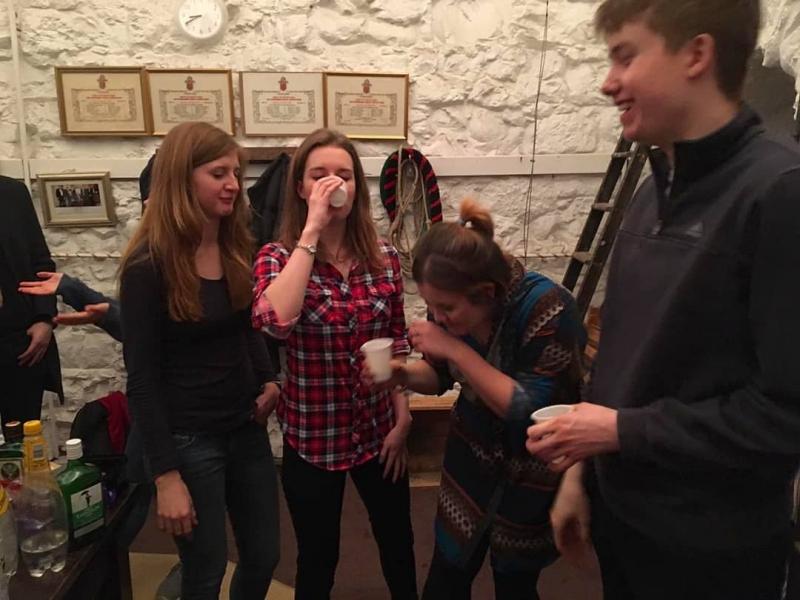 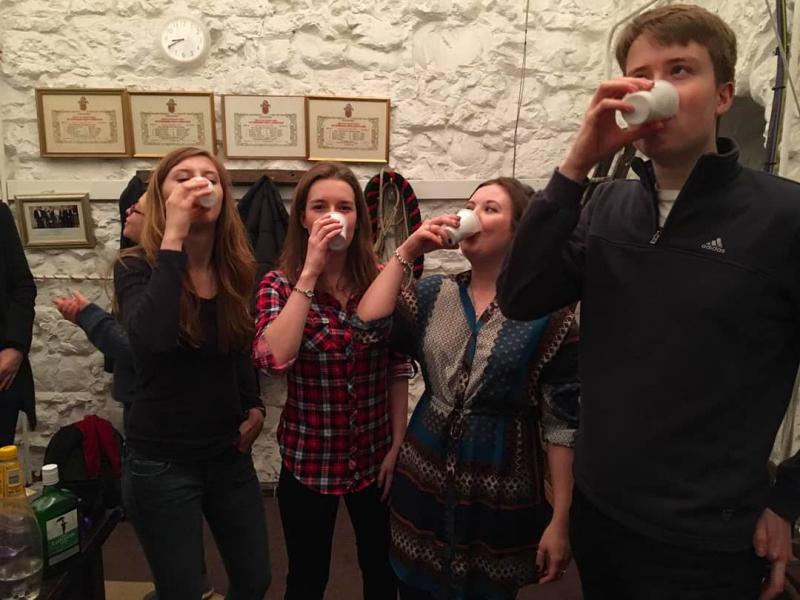