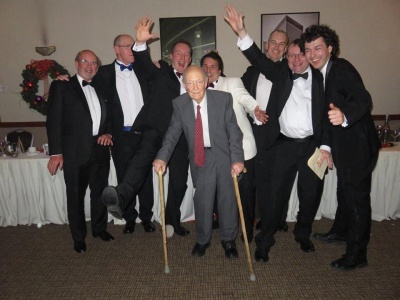 As it was the UL’s 70th birthday, dinner weekend 2015 promised to be special, and it certainly was!

It started, rather unusually for a UL event, in the Costa Coffee next to Bow, where people enjoyed a pre-practice tea/coffee/hot chocolate/mince pie/other. Bow was well attended, and Richard ran a good practice. A slight booking hiccup meant that there was nowhere booked for us, and so we headed to the good old default of The Crosse Keys. This was as busy as you would expect for a Friday night, but we did mostly manage to all find seats in the end. 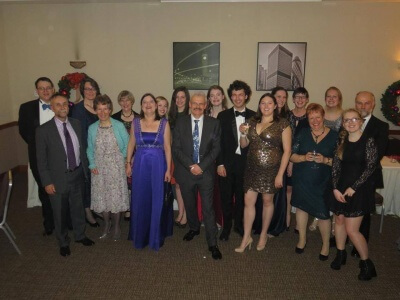 Saturday morning rolled round quickly enough, and people headed to their respective towers to attempt to score quarters. In total, five quarters were scored towards the UL’s 70th Anniversary Year Quarter Peals attempts. For myself, we scored a long length *cough cough* quarter of London Surprise Minor at Cree, and then proceeded to stand and miscall two quarters of Grandsire at Hart Street. The final band had a rummage through the cabinets and cupboards to see what we would bring along for the display for the dinner, and then all headed their separate ways. 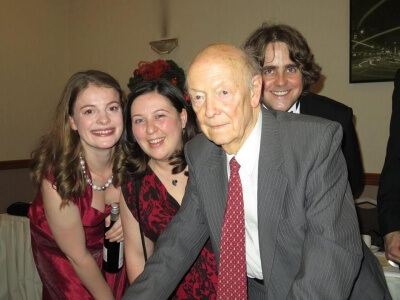 Because it was a special birthday, the event was hosted at Strand Palace Hotel. I headed back here with Charlotte and Mariko, and soon met up with Charles and Rupert. We all headed down together to set up – the room looked fantastic! – various bits and pieces, including the photo display in the bar, and the general display in the main room. Sophie arrived and we got ready in my room with mugs of Prosecco (because we are just that classy!)

Wind forward half hour or so, and down we walk to see a throng of people in the main area. There were a lot of people meeting old friends and catching up, and most people got to enjoy a free glass of bubbly.. and this is where my memory starts to get a little fuzzy! 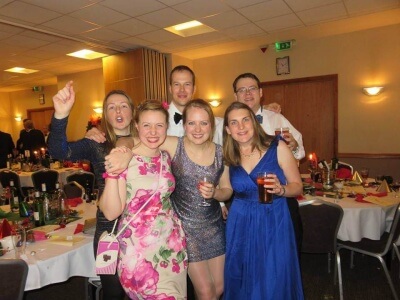 I remember the food being good, the wine disappearing very quickly, and Jenny struggling to get her selfie stick to work. I’m afraid I was too wrapped up in sorting out the sweepstake to pay much attention to the speeches, which is a shame as I hear they were very good! (I lost out by 10 seconds but being organiser it would have looked a bit dodgy if I had won…)

Afterwards, various photos of groups were taken before people hit the dance floor. Again, fuzzy memory, but I seem to remember the dance floor being pretty full for the majority of the night, so I’m going to say the partying was going well!? All too soon though, it was over, and people were (some staggering) on their way. 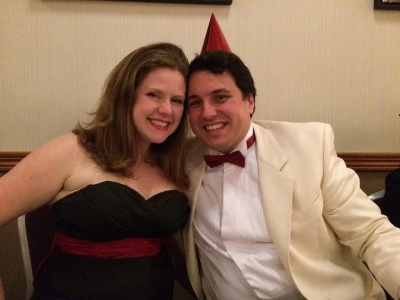 The following morning, pounding head in tow, I headed to the AuGM at The Watling, where I employed the *best* tip I have ever received from a past secretary – record the whole thing and worry about it later (thank you Becca!). And so, huddled in the corner, feeling like I was dying, we rattled through the AuGM in double quick time – if only all our meetings could be like that!

So, there you have it. Not the most comprehensive report, and I am sorry for my patchy memory. Everyone I have spoken to about it since has said that they thoroughly enjoyed it. It was lovely to mark the UL’s 70th year in such a great way, and a wonderful high for Rupert and Charles to end their dinner-organising stint on. Thank you, and well done boys, and best of luck to your replacements!